“Vision Force was instrumental in helping us increase revenues 265% in 31 Months.”

In my last blog, “An Open Letter to Manufacturing Companies” I addressed a specific community because I see Google Plus as the answer to a much-needed foray into the social media world by industrial companies. While others scoff, I see the power of leveraging this technology into an invaluable communication tool. Google Plus can be administered in order to engage with customers from a distribution network all the way through to the end-user in an entirely new way. 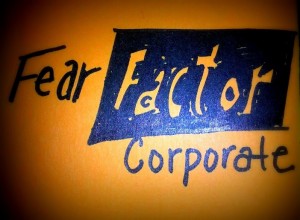 Discussions which ensued from the last blog brought to light a question I wanted to address. What keeps companies from these already chartered waters? Social media is not new and certainly, at this point, a company isn’t going to carry the burden of pioneering through this medium – it’s already been done. In addition, there are plenty of free resources to guide companies so they don’t even have to make the mistakes of the early adopters. So why exactly are companies still avoiding these popular and powerful tools?

I suspect it’s for the same reasons that keep us from doing anything we haven’t done before – lack of awareness, lack of resources or a lack of confidence. I’m going out on a limb here to state that in this case, it can’t be an awareness issue. Nor do I think it’s lack of resources because I’ve never worked for a company who couldn’t budget for a much-needed person or project if there was a desperate need. Something else might have to give to make it happen, but there’s always a way. The return on investment proposal must be solid and usually, one or more executives must spend a great deal of political capital in order to get said project approved. This leads me to believe the reason companies haven’t made the step toward social media is that which plagues everyone to some degree – fear. Fear runs a lot of people, so it stands to reason since individuals make up corporations, that fear runs rampant in most companies. Fear of looking incompetent and fear of failure paralyzes people from making courageous decisions . . . and from making progress.

As long as the industrial mindset relegates social media to the fringes and they collectively deem it as a “nice to have” and not a “must have” there will be no impetus to change. It will be the forward-thinking CEO or Marketing Director who sees what others don’t – for that company, they will take command of their presence and they will change the game for the manufacturing community. Then once again, those companies who were too afraid to start, the companies hamstrung by fear will be playing catch-up and will continue to lag in their market. Don’t want to give in to fear? Then take the plunge! If you do it as professionally as you handle the rest of your marketing you’re going to be just fine.

Start with an internal community on facebook. The possibilities for cross-functional teams within a company to communicate and share information is streamlined with Google Plus. Google Plus allows you to respond directly from your email, you don’t have to log back into your account each time as you must do with LinkedIn discussions. In addition, you can +1 the comment or respond without switching applications. The longer I use Google Plus, the more I appreciate this because it doesn’t cause me to lose momentum when checking email, I’m able to respond quickly and move on. That is just one example of the technology that is at the B2B marketers’ fingertips. Don’t underestimate it.

TELL US ABOUT YOUR PROJECT

We use cookies to ensure that we give you the best experience on our website. If you continue to use this site we will assume that you are